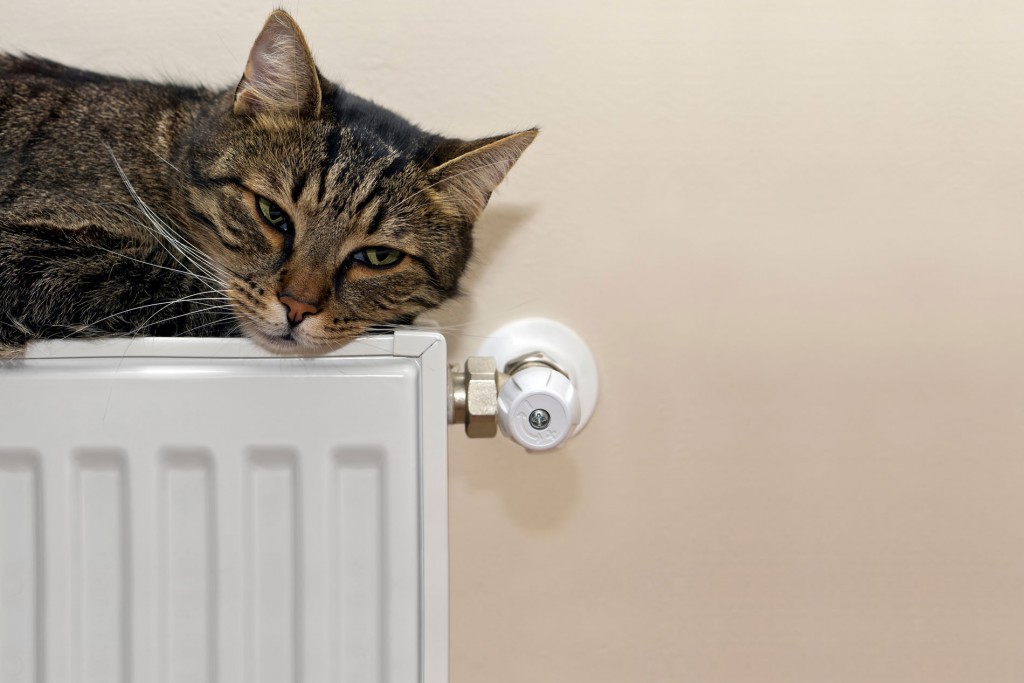 We’re sorry if we kept you on the edge of your seats these past few days, waiting for the next part of your winter heating guide (check out Part 1 here). But we’re pretty confident that it was worth it, like it was worth waiting to find out who killed JR – or, we dunno, maybe a TV show from this decade.

Anyway, the point is that our next installment in our guide to buying heaters has finally arrived (!!) and this time we’re focussing on gas heating. So if you’ve got gas at home or you’ve been waiting to compare between gas and electric before you make a purchase, here’s the info you’ve been waiting for.

But first, do you have a flue?

A flue, just in case you were wondering, is a pipe that carries exhaust gases from your heater or fireplace to the outdoors, so your room doesn’t get filled with gases. If you have one, that means you can purchase a flued heater. If you’re a renter, though, you can’t. Flued heaters need to be plumbed into your home, and are permanent. In which case, flue or no flue, renters should look for a flueless or unflued heater.

You also need to consider the size of the room you’re planning on heating. Small rooms, like bedrooms and studies, or rooms that aren’t very well ventilated, are not suitable for flueless or unflued heaters, as they give off gas emissions, which can be toxic.

Flueless heaters are nearly all portable, so they’re easily moved from one room to another, and are easily stored during summer. As we mentioned before, though, they do produce very small quantities of carbon monoxide (CO) and nitrous oxides (NOx), which means they’re not suitable for small spaces or homes that aren’t well ventilated. As a result, they’re not very suitable for asthmatics or people with respiratory problems. Some states have further restrictions on the use of flueless heaters, but that’s because Australia’s emission standards are some of the toughest in the world.

That being said, they’re hugely efficient – about 90% of the energy content of the gas is transformed into instantaneous heat, and lots of it. They’re also much cheaper to run than electric heaters, and they produce a quarter to a third of the carbon dioxide that an equivalent electric heater does.

There are two types of flueless heaters:
Convection heaters rely on natural movement of air, but also have a fan to speed the heating process up. Most convection heaters are also electronically controlled, so they have a remote and a thermostat, which are useful for controlling the temperature in a room.

Radiant-convection heaters still rely on natural movement of air, but also have an exposed area that radiates heat into the room. They’re usually cheaper to buy, but have fewer features (no thermostat, control, timer, etc). They’re lit via manual ignition, which is not unlike igniting a gas stovetop.

And this is what you need to know about flued heaters

Because flued heaters use the flue to release their gas emissions, they’re more suitable for asthmatics and people with respiratory problems, where flueless heaters aren’t. They are a permanent installation, however, which requires a plumber or qualified installer to carry out. Most flued heaters are controlled electronically and come with a remote so you can control the temperature and fan settings; some also have programmable timers and thermostats so you can set them to go on and off at certain times of the day or night, or when the temperature reaches a certain level.

The downside is that a flued heater itself is not only costly, but so too is the installation. Unless you live in a cool climate and your home requires round the clock heating during winter, you can probably get away with a portable flueless heater.

Our picks – electric vs. gas heating

If you’re trying to heat large spaces, we think a flueless convection heater is the best option. Unlike their electric counterparts, they push out a lot more heat, and a lot quicker too. Because most of them are controlled electronically, it means you’re also able to set them on a timer and control the temperature of the room via the built-in thermostat. They’re also fine around kids, as there are no exposed heating elements (like radiant convection heaters), and they’re relatively cool to touch.

This is still our pick for small spaces, because they can be used in studies and bedrooms where most gas heaters can’t. They’re also easy to program and there’s almost no danger if they’re left to run unattended or overnight while sleeping. Because they’re cool to touch, you don’t need to worry about running them while kids are around – or clumsy adults, for that matter!

As with our winter heating guide to electric heaters, the energy consumption of our picks didn’t play into our decision, as we’re again assuming you’re already part of the Bulk Energy Movement, and that means you’re no longer worried about whether you’ll have to sell a body part to pay your energy bill at the end of winter this year.

If you haven’t joined Bulk Energy, then head over to our contact page, give us a call or shoot us an email. In the meantime, prepare to say goodbye to old mate, Previously High Energy Bill, because you won’t be seeing him ever again.

University of NSW Professor and solar legend Martin Green has just won the 2018 Global Energy Prize. He shared the honours, and $820,000, with Russian

If solar energy was a movie, it would be Ocean’s 11. That is to say: A big hit. That makes wind energy Ocean’s 12: Lesser-known,